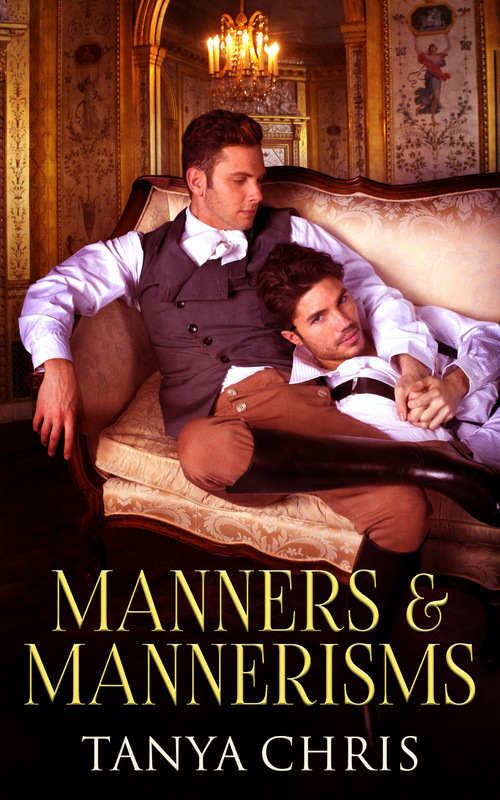 Everyone in Highley eagerly anticipates the arrival of Reginald Abernathy, the new master of Albon Manor. Everyone, that is, except Lord William Bascomb. William knows he’ll be expected to woo Reginald’s sister, and he can't summon the interest for it. But when the Abernathys arrive at last, William discovers he’s interested after all—in Reginald. Reginald is the most handsome, most dashing, most intriguing man he’s ever known. Better yet, he seems to share William's preference for men.

The addition of the Abernathys to Highley suits everyone. William’s sister adores Reginald’s, Aunt Harriet foresees many happy matches between the two families, William’s sister-in-law is pleased at the prospect of unloading her penniless relatives at last, and all the eligible ladies in Highley want the man who only has eyes for William.

Against a backdrop of elegant balls and frolicking picnics, William and Reginald enjoy furtive moments of ecstasy until a scandal erupts, forcing William to choose between Reginald and the only life he’s ever known.

See how many matches Aunt Harriet can make in this low-angst, warm and fuzzy Jane Austen-inspired M/M Regency romance.

The moon shone bright, turning the shrubbery a silvery green as he guided Reginald through it. In all the landscape, nothing moved except the two of them. William had been wanting to talk to Reginald all evening, chafing at the myriad of other claims on his attention, but now he found himself shy as they strolled through the glittery darkness. He pulled his cloak closer around him on a shudder that came more from nerves than cold.

When they reached the low fence that separated Rivington from Albon Manor, Reginald hopped it rather than open the gate, then reached back to offer William his hand. William had been hopping this fence his whole life, though not in the last half dozen years perhaps, not since he’d grown too old for antics. He could surely pass it without assistance, but he allowed Reginald to help him over. Their hands met, shielded by the leather of their gloves. No more than a ghost of warmth passed between them, but it was shocking enough to have William take his hand back the moment he gained the other side.

They were shortly at the promenade from which the manor house was clearly visible, and it being too late for a call, he took his leave of Reginald there, feeling like he’d missed an opportunity he ought to have taken advantage of, though for what he couldn’t say. All his life he’d felt like this: as though he’d failed to take the opportunities at hand, and yet there had never been any opportunities at hand that he’d noticed. With a final bow he swept his cloak around him to turn back, but Reginald stopped him before he could depart.

“Yes, Reginald.” He hadn’t used the name since their moment beneath the tree, had been holding it like a possibility in the deep recesses of his heart. Voicing it sent a thrill trembling through his chest.

Reginald came closer—as though William had summoned him—until they stood very close indeed, close enough that William had to tip his chin up to look him in the eye.

“You had a question?”

[T]he reader is treated to William’s falling in love with a man and his angst over his awareness that his own sister is likely the de facto marriage prospect for Reginald. It was fun to watch this semi-competition unfold, even as William and Reginald forged ahead with their illicit romance.

Modeled after the polite hijinks and romantic tensions of Austen’s beloved stories, this book will be right at home on your shelf full of lush, clever Regency romances. It’s familiar, but it works, and it’s fun from start to finish.

Tanya Chris stays true to the genre, to her characters, to the language and values of the time. She paints beautiful pictures of scenery and picnics, of ledgers and estate accounts, of riding and especially of intimacy. Each page is a sensuous feast. If you like pre-Victoriana, Manners & Mannerisms is a most tempting morsel, one to fill your heart and soul! 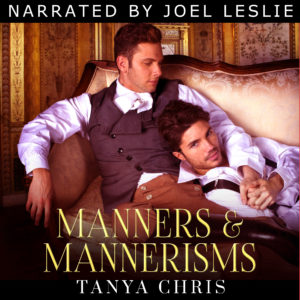